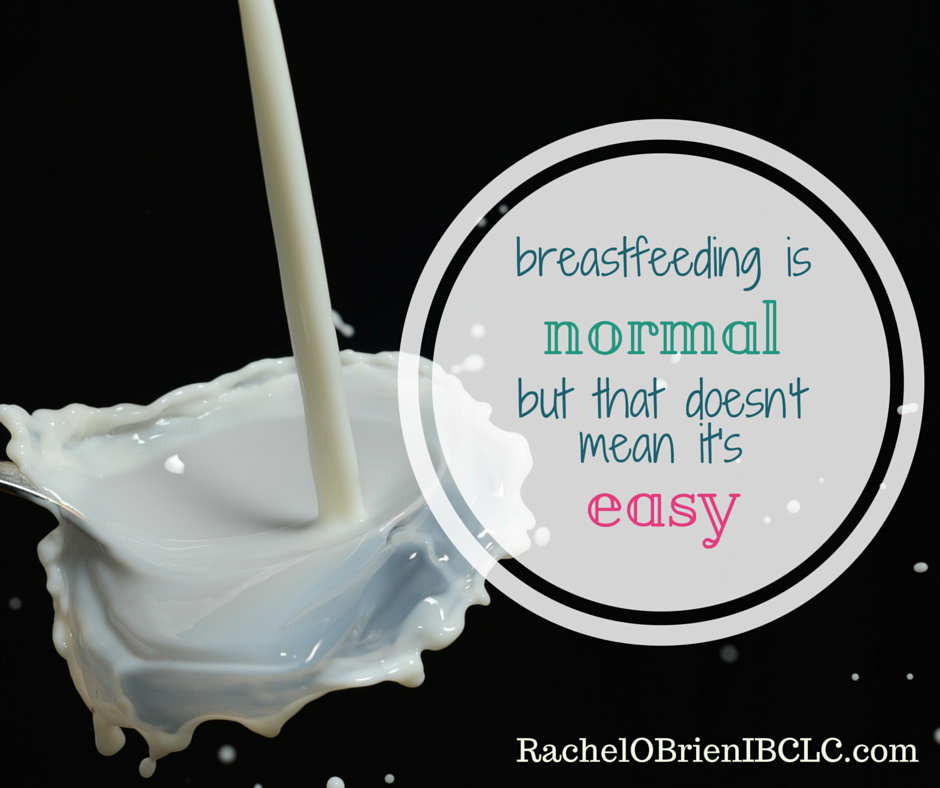 Over the past few decades, the language we use to promote breastfeeding has changed.  We used to say “breast is best”- but that implied that formula feeding was either worst or almost the best.  So we switched to saying “breastfeeding is natural”… and of course, breastfeeding IS often natural.  But not always.  Never mind the fact that the term “natural” is polarizing in the United States; not everyone thinks of it as a good term.

Or “wicked” (just ask anyone who lives within a 50 mile radius of Boston).

So lately we’ve taken to describing breastfeeding as not best, not natural, but normal. Breastfeeding is normal- biologically, it’s the normal way to feed a baby. 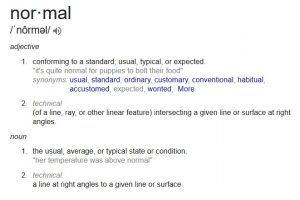 If we look at the 2014 Breastfeeding Report Card, you’ll see that 79.2% of babies born in the United States have breastfed at least once.  If almost 80% of babies do something, that’s normal, right?  Fair.  I’ll take it.

(Some other day we’ll talk more about these statistics and how they shake down from state to state and over time, but not today.  I’ll just leave you with this nugget- 92.8% of babies born in California in 2014 were ever breastfed, versus 56.9% in Louisiana.  Care to take a guess how many Baby-Friendly birth facilities there are in Louisiana?)

So breastfeeding is normal.  And that’s all well and good until I get a phone call from a sobbing mother or father who doesn’t understand why they’re in pain when they nurse the baby or why the baby isn’t gaining any weight when they’re nursing 14 times day and they say to me “I didn’t think it was going to be this hard!!”

When you hear the word “normal” does the word “easy” come to mind?  If you were having a hard time doing something- anything- and someone made an offhand comment about that task being “normal”, would it sting a little?

Here’s what I think.  In order for something to feel normal to us, we need to SEE it.  We need to have first-hand evidence that the behavior exists out in the world.  We need it to be part of our regular lives, even if we’re not the ones doing it. 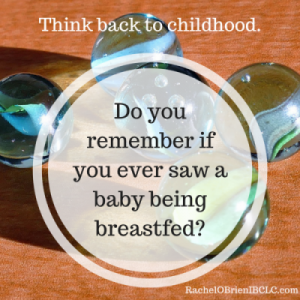 Do you ever remember seeing a baby being breastfed when you were a kid?  Not only in your normal day-to-day life but also in a TV show or a movie?  If not- did you see babies being bottlefed?  If I handed 8-year-old you a bottle and a baby would you have a really good idea of exactly how to feed that baby without me needing to give you a word of instruction?

I took an informal poll on Facebook and half of the respondents never saw a baby breastfeeding when they were growing up.  Think about anything else in your life that you consider to be “normal”.  How many of those things do you see in the world on a regular basis?

I talk about this with my clients at every initial visit.  The only nursing parents I’ve had that grew up seeing babies breastfeed didn’t grow up in the United States.  Everyone else tells me no, they never really saw a baby breastfeed before they did it themselves or watched a video in childbirth class or breastfeeding class.

And I say to these families, if you’ve never seen anyone breastfeed a baby before, why are you beating yourself up over it not going perfectly?  How the heck are you supposed to perform a task you’ve never even seen before?

You and your baby can be 100% normal and still have breastfeeding problems that can be fixed.

Yes, sometimes it’s an easy fix, like trying a different nursing position that maybe would have occurred to you if you grew up seeing your mother nursing your little siblings.  And maybe you’ve seen a hundred babies breastfeeding but there’s something wonky going on between you and your baby- that’s normal too.

Please, treat yourself and your baby- AND your entire nursing relationship, in all of it’s normalcy- with some grace.